Prof. Chiara Neto leads a group of enthusiastic scientists and engineers that are fascinated with interfacial phenomenon. They use an arsenal of advanced characterization techniques to understand the nanoscale behavior behind a range of unique and exciting anti-fouling, droplet shedding and water harvesting coatings. 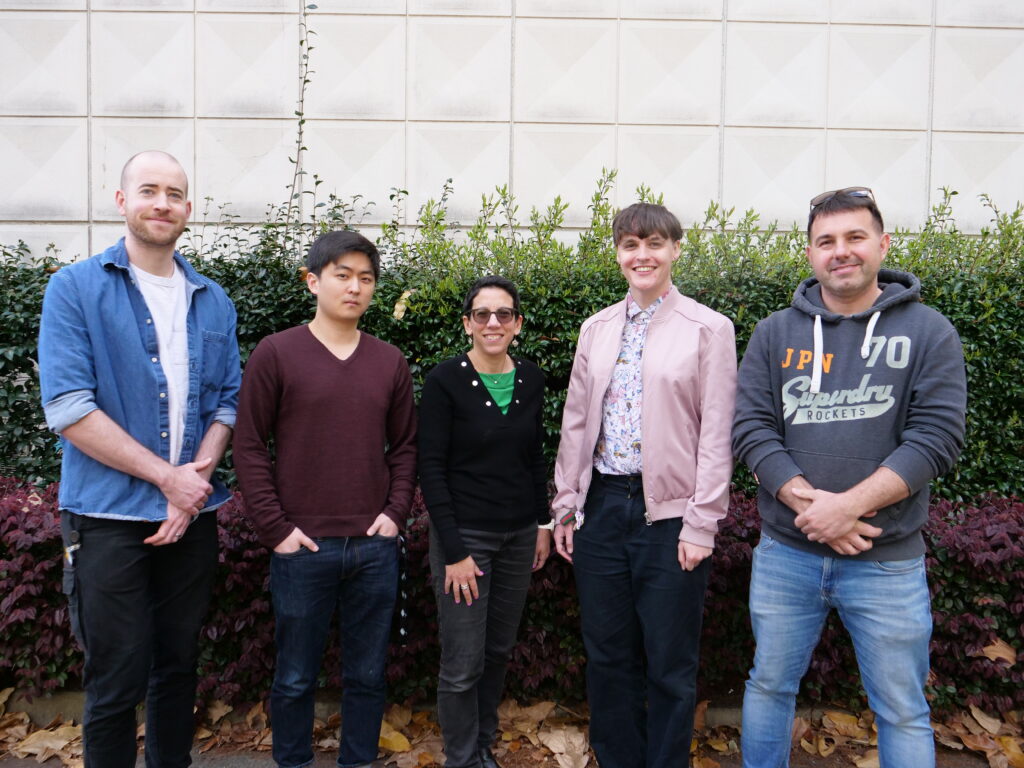 Chiara Neto received her Masters degree in Chemistry (1998) and PhD (2001) at the University of Florence, Italy. Her PhD work focused on experiments on surface forces and interfaces using the atomic force microscope. In 2002-2003 she worked as a post-doctoral fellow at the University of Ulm in the Department of Applied Physics, headed by Prof. Stephan Herminghaus and at Saarland University, in the group of Prof. Karin Jacobs, working on the dewetting of thin polymer films. Between 2003 and 2006 she worked as an Australian Research Council postdoctoral fellow at the Australian National University in the Department of Applied Mathematics, working on nanorheology and micropatterning. In 2007 she moved to the University of Sydney, where she is currently Professor in Physical Chemistry and ARC Future Fellow. Since 2012 Chiara Neto is on the Board of Directors of the Australasian Colloid and Interface Society.

Geosmin joined the Neto group at the middle of 2022 as a postdoctoral researcher after completing her PhD in the School of Chemistry at Monash University. During her candidature she explored surfactant-free methods for helping 1D and 2D nanoparticles to overcome their boundary issues and enrich to interfaces, allowing for the formation of nanomaterial coatings. She has continued to follow her interest in coatings, nanoscale topography and surface science in her current project, which is a partnership with Dulux looking at how nanofibers can be integrated into paint to make it more durable and environmentally friendly. Geosmin hopes by being visible she can pave the way for other transgender and neurodivergent scientists in the future.

Christopher Vega received the B.Eng. degree in Electromechanical Engineering from the Costa Rica Institute of Technology (ITCR). In 2011, he was awarded a DAAD scholarship to attend a M.Sc. in Microsystems Engineering from the University of Freiburg, Germany. In 2014, he joined the Department of Electromechanical Engineering at ITCR, as a lecturer and researcher, where he worked on the design of low-cost microfluidics and simulation. Then, he received a scholarship from the Ministry of Science and Technology of the Government of Costa Rica and moved to Sydney in 2018, where he commenced his Ph.D. candidature working on nano-structured surface modification for microfluidic devices.

Isaac joined the Neto group in late 2021 as a postdoctoral researcher after completing his PhD at the University of New South Wales. During his PhD he used landmark infrastructure at the Australian Centre for Neutron Scattering to resolve the structure of solvated polymer interfaces. His PhD project transformed Isaac from a chemical engineering grad into some combination of an interface scientist, polymer chemist, data analyst and handyman.
His current project seeks to understand why covalently tethered nano-thin layers of silicone oil molecules behave as if they were a liquid interface.

Jun is currently carrying out his PhD in the Neto Group and co-supervised by Dr. Anna Waterhouse (Faculty of Medicine and Health).Combining his interests in nanoscience and biomedical research, he is studying the applications of nanotechnology for medical devices used in cardiovascular surgery in a truly multidisciplinary project. He graduated from The University of Sydney with a double major in Chemistry (1st Class Honours) and Cell Pathology. Jun also has industry and commercial experience having spent almost 2 years between the start-up environment and the corporate world in a key stakeholder management role, working to commercialise a variety of advanced materials-based technologies for medical devices, renewable energy and quantum computing. His commercial interests lies in technology transfer processes such as market analysis, business development and research commercialisation management.

Anthony originally joined the Neto group in 2018, achieving his BSc Chemistry (Honours) investigating the self-assembly behaviour of perfluorinated molecules at graphite interfaces. After spending a year and a half working as an explosives Development Chemist for Dyno Nobel, he returned to pursue his PhD in 2020 with Prof. Chiara Neto in the field of advanced atmospheric water capture. Anthony also brings a broad range of experience to the group from his time prior to his academic pursuits. Early on in his career he completed his B Management at the University of Newcastle and worked through various management, technical and marketing roles in the heavy machinery industry.

Dewpoint is a startup that has recently been spun out of the ACWA project: a collaboration between Prof. Martijn de Sterke and Prof. Chiara Neto and a child of the Sydney Nano Institute’s Grand Challenges initiative. Dewpoint shares a lab space with the Neto Research group, and the two teams work closely together to solve everyday challenges. 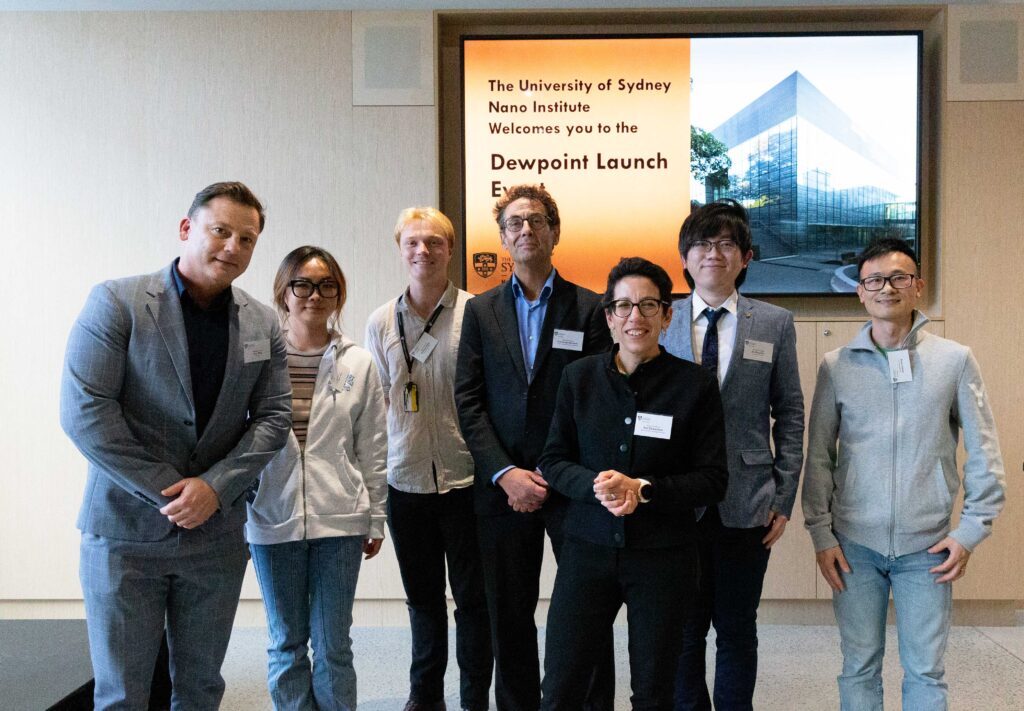 Ming Chiu completed his Bachelor of Science majoring in Chemistry and Ecology at The University of Adelaide (2010). Then, he finished his Honours Degree in Chemistry (2011) at the same institute working on computational study on conjugated polymers. After that, he spent 5 years at Omega Industries working as Industrial Chemist in surface coating industry. He commenced his PhD candidature with Professor Chiara Neto in 2016 working on project of optimizing of droplet roll-off on dewetted polymeric patterned surfaces. Ming completed his PhD in October 2021.